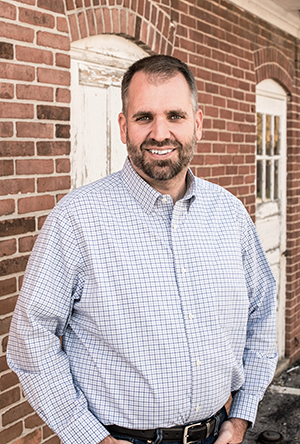 When investing in real estate, whether you use a property manager or not, there are several basic rules you learn to follow over time. Whether you learn by trial and error or by reading from other peoples' mistakes, we each develop our own set of rules to lead us on a path of financial independence.

I recently bought and read a "Real Estate Investing Gone Bad"  by Phil Pustejovsky. The book could easily dissuade the novice investor from ever attempting to invest in real estate. It certainly gave me pause as I began to rethink how and where I invest. There are some stories about how real estate agents blatantly lie and wholesalers are cut-throat, and while I'm sure that's true of a few, by and large most people in the real estate investing community are friendly and willing to share their knowledge. Why? Because real estate investing covers such a large swath of territory in terms of strategies and ways to invest, there's usually not a whole lot of overlapping between competitors. If competition is fierce for fixer-uppers in your area, you might want to either find a new area or find a new discipline within the realm of real estate investing.

The one story that really struck me was one about a gentleman who invested in new-construction housing in a newer development. Over several years, he bought and financed six new homes, rented them out, and let the tenants pay down the mortgage. In my experience, it's usually difficult to make a single-family home cashflow very well, so I will assume he rented them at break-even at first, and eventually raised the rents to have a small profit. So what could go wrong? He didn't buy an old dilapidated house that had so much deferred maintenance the termites were holding it up. He had the appropriate non-owner occupied hazard insurance in place, to cover against fire.

The Rains Came Down and The Floods Came Up

One week the National Weather Service began warning the local residents of probable unprecedented flooding that may occur in the area. Like nothing that's been seen there before. Much of the area was in a flood zone rated as one flood in 500 years. Nobody buys flood insurance for that! What are the odds? As the day arrived the rains began to fall. Heavy rains had already been falling at the higher elevations around that town. Our nervous investor traveled back and forth between his investments to make sure they were as prepared as possible for the potential flooding that may arrive any time. Sure enough, the town called for evacuations, including this newer development. The homeowners and tenants scrambled for higher ground. The investor could only sit and wait.

As the storm and flooding passed, people were allowed to return back to their homes. The investor turned into the development and realized in an instant the devastation. The flooding had not only filled the basement, but had filled the entire first floor up to the ceiling! In all of his rentals! Dismayed, he called his insurance company to file a claim on his six rental houses, and that's when he received the worst news: his insurance didn't cover him from damage caused by flood waters!!

All six houses were a total loss. They would need to be torn down and rebuilt. This investor's life savings - his hopes and dreams of a secure future - were washed away with the flood.

While I don't invest solely in one community, I do have several rentals that are close together. This story has been a wake-up call to me. While I have joked about owning a monopoly on one street, one freak disaster could ruin everything. And it's not just a force of nature. Perhaps the local governments rezones an area near your rentals that not only drops your value, but also the desirability as a rental. Or the government significantly raises property taxes. The fact is you can't prepare for every single contingency. It makes me reconsider the concept of having a few properties in other areas, even managed by other management companies. This is one of the rules I've added for myself now.

Many people would read that story and say real estate investing is too risky. I read it and ask myself, "How can I prepare for that?" While we can't possibly eliminate all risks of real estate investing, we can take reasonable precautions that will put us in the best position to avoid a total loss.